Looking back 2020: Limitations have taught us to improvise. What did you learn?

We have such a tradition on the Sonberk's blog. We always start looking back at the past year in the period between the holidays. Some would say that there is nothing to remember this year, but we can prove to you that in 2020, many things happened that are worth remembering. So pour yourself a glass and remember with us. The first part is about what you can learn even under limited conditions.

At the beginning of the year, we announced Creative Winter, thanks to which florist Róza from the Brno florist shop Rosebud visited us in January. Together with fans of Sonberk, they covered our tasting table with flowers, twigs and bottles, and glasses. We also pulled out the glue for a while - we added a sign to the wall, which proves that for the fifteenth time in a row, we got into the selection of the 100 best Czech wines, the Valtice Wine Salon. The botrytic Riesling Noble Rot represented us in this selection throughout the year. We didn't know yet how much joy we would enjoy with this wine for the whole year.

Even in February, we combine wine with pleasures. Together with the actors, the wine became part of the Brno National Theater play called The Duchess and the Cook. The wine does not appear on the stage, but below it - the performance is complemented by a four-course dinner prepared by the famous Czech restaurant the Koishi. But we serve great dishes even in the winery, concretely on February 14 on Valentine's Day. Thanks to the friendship with the wellness hotel Amande, several couples had a festive romantic dinner with us. A few days later, the same tasting table was covered by festive cutlery, beads, and minerals - we hosted the second part of Creative Winter, and our visitors learned how to create bracelets from minerals. Our vineyard manager Roman is checking the pruning process in the and thinking about new generations of meadows in the vineyard.

At the beginning of the month, we are exhibiting another prize - at the conference of the group called Young Winemakers we received an award for the best white wine in the competition. One of the jurors even liked our cuvée Chardonnay & Pinot Gris 2016 so much that he awarded it by a mythical hundred on a 100-point scale. And because we can't meet people personally, we're starting virtual meetings. We are launching podcast called "Mezi řádky "(Between the Rows, but sorry, just in Czech). In the first part, our winemaker Olda explains that Pálava does not have to be done only in sweet variants. To get closer to people, we also organize an Online Sonberk's wine quiz. To have something new for people, we are bottling our Sauvignon from the silver line.

After a while, we can finally welcome visitors in the winery and offer a glass to people, so we offer it as a gift to those who deserve it the most. As part of our project called Let's have a drink, anyone can pre-order a glass for someone who has had to strain extremely hard due to the coronavirus pandemic in recent weeks. In the end, pharmacists or caregivers from social services arrived for a reward. Besides - hard times demand a harder approach, so we start selling a new vintage of brandy made from Pálava grapes. 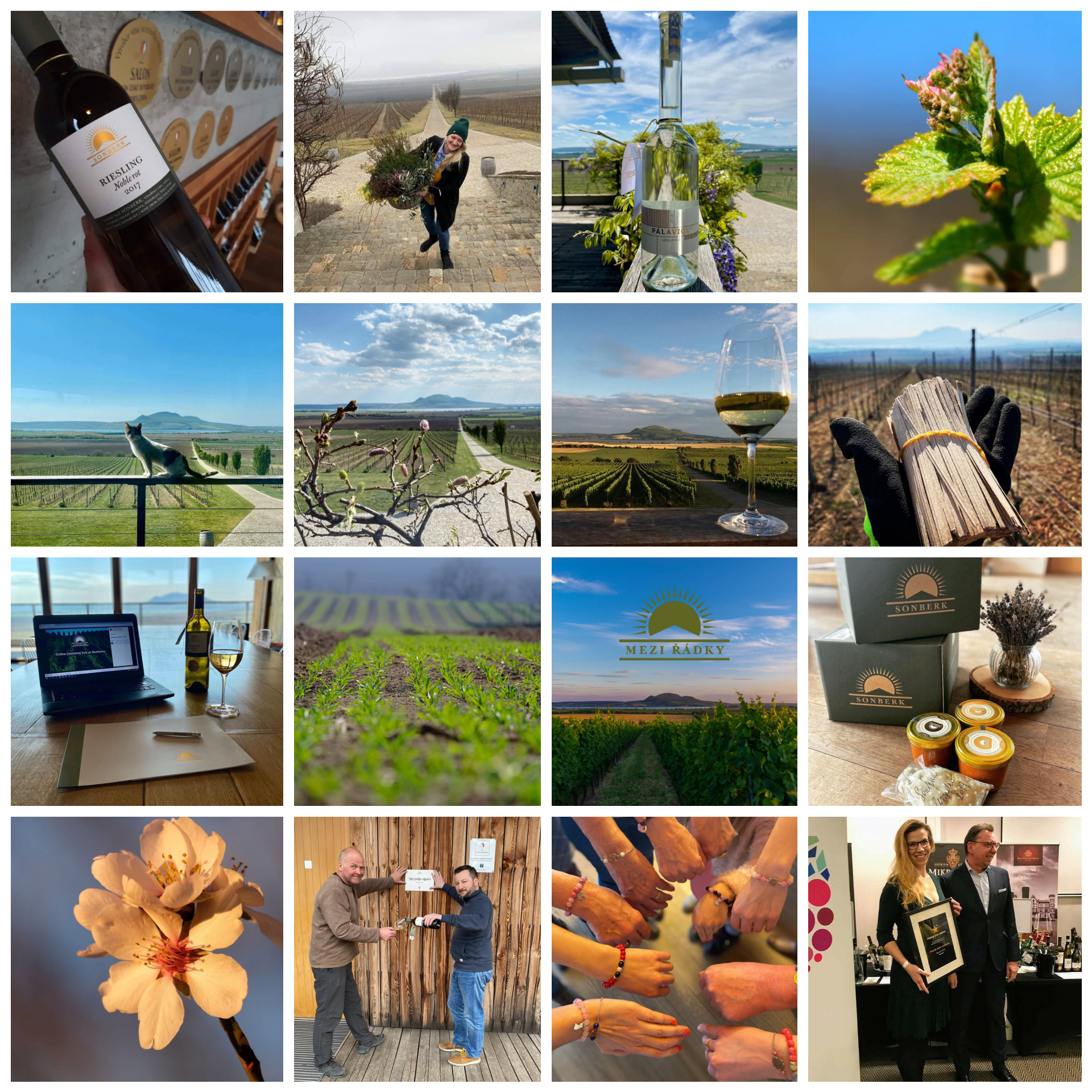