This year of the Decanter World Wine Awards turned into a big Sonberk's ride. We won one of the two platinum medals awarded to Czech wines, one of four Czech gold and one silver and two bronze medals. The combination of platinum and gold makes us the most successful domestic producer in this competition this year. Platinum and 97 points belong to the Riesling Noble Rot, and gold and 95 points to the Riesling 2017 VOC.

"For us, this is great news, mainly in the sense that our wine is competitive even in comparison with the best in the world," says our marketing director Dáša Fialová.

The big news is also because the Riesling Noble Rot is not available every season. During the entire history of Sonberk, the winemaker, Olda Drápal, could only create it three times so far. Whether there will be grapes on, it depends on the climatic conditions. "These are grapes with the noble mould Botrytis cinerea. We routinely defend ourselves from botrytis during the year. But when it falls in the final maturation, it causes cracking of the skins and a little drying out, so a higher concentration of sugar, acids, and other substances inside," Olda described what makes the raw material for this wine special.

We now have the last thousand bottles of platinum wine. Because we want it to be tasted, especially after the announcement of the competition results, by as many people as possible who come to us, it will now be sold at the competitive price. It should ensure that it does not disappear so quickly. 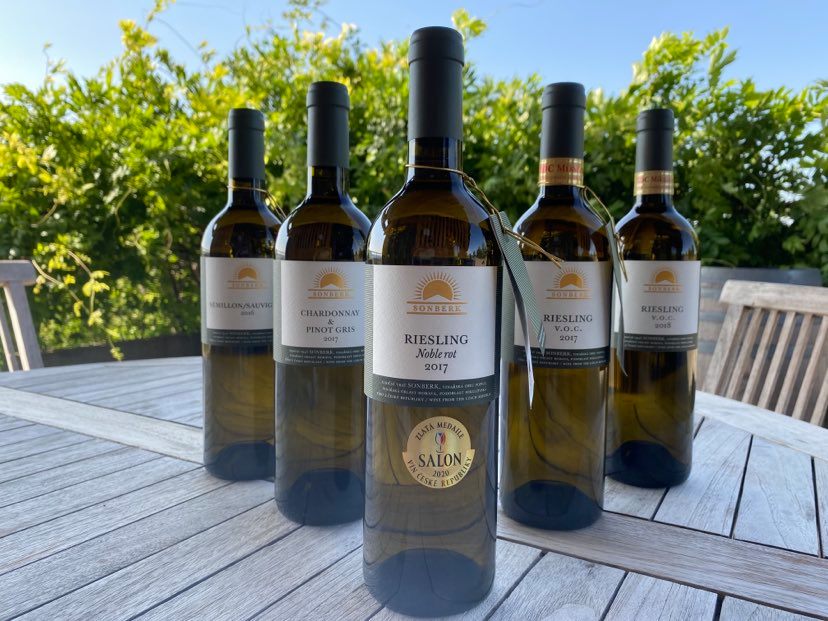 For the first time we introduce Merlot Rare

We present a wine that has never been seen before at Sonberk.
Read more

With autumn approaching, starving flocks of starlings arrive in the vineyards. How do we defend our ripening crops from them and how did they surprise us with this year?
Read more

Vineyards at the end of summer: how to prepare for the harvest?

When will the harvest start  this year and how is the 2022 vintage different from last year?
Read more