We live in a media lockdown. It is because success in Winery of the Year competition 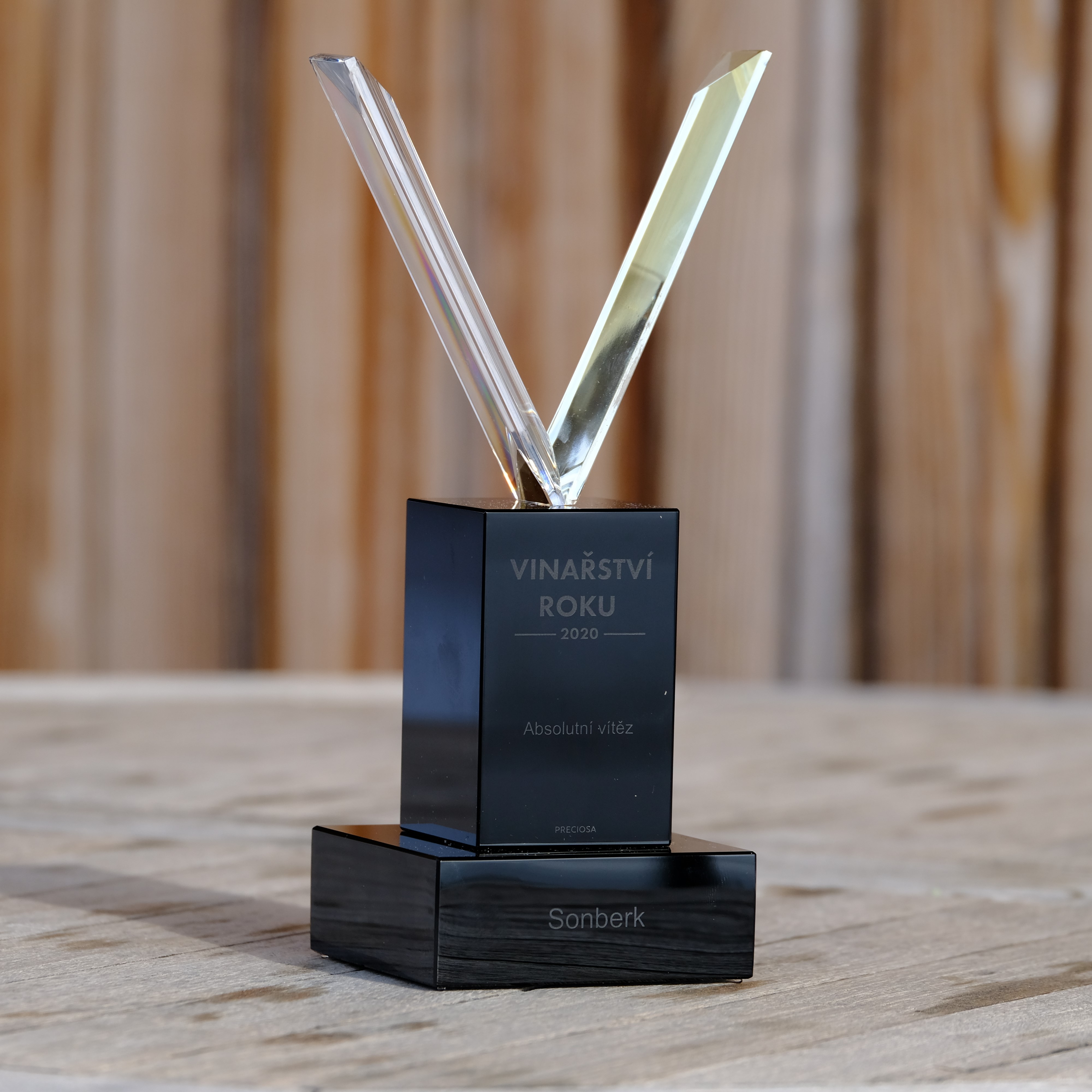 Under ordinary circumstances, we would now be intensively preparing a spring program in the winery. This is, for obvious reasons, not possible, but we stay in touch with everyone who likes Sonberk's wine in an unexpectedly different way. Our recent victory in the Winery of the Year competition caused us to go from one microphone and dictaphone to another and from television to radio. So take the following lines as a summary, where you can read about us or see us everywhere, and you can learn what's new thanks to that (but sorry, just in Czech).

Our sales director Dáša Fialová passed a big test in the live broadcast of Czech Television. At the beginning of March, a special ČT 24 was filmed at the Brno Exhibition Center, which focused on assessing the Czech Republic's current situation. Dáša appeared in an interview with other personalities of Czech gastronomy. She was talking there about the current situation in gastronomy and what other possible scenarios of development are. "Although we are used to journalists at Sonberk, journalists' interests now have a completely different dimension. When I enter the door of TV, I'm always nervous about what they will ask me," says Dáša, who appreciates such enormous attention to Sonberk.

She talked about Sonberk and what makes it unique (she usually goes for interviews because Olda and Roman have to work in the cellar and the vineyard) in the broadcast of Český rozhlas Plus. Among other things, it was said that viticulture could never be perceived only as a business. "It's still agriculture. There are not many winemakers in our country who would get rich fabulously rich by this. I believe that everyone who makes wine, we do it mainly because we love it and we enjoy it," said Dáša and added a mention of what different corners of Moravia can give to wine lovers.

They offered us even more space in probably the most respected domestic magazine dedicated to wine, Wine & Degustation. There are all of three Sonberk's personalities on six pages - winemaker Olda Drápal, vineyard manager Roman Slouk and also Dáša. They describe what is behind Sonberk's success and what its specifics are. In an interview for connoisseurs, you will learn, among other things, whether it is harder to create a quality dry or sweet Pálava, how to produce perfect Riesling, how we fight the prejudice that Pálava must be sweet, and how well our exports to France are growing.

But even that does not end the mention of our victory and approach to wine. You can find more in Forbes magazine and the professional bulletin Vinařský obzor.

Are we going to fight the drought?

Sonberk's viticulturist Roman Slouk reports how the vineyards are doing this May.
Read more

The creator of our winery building explains in a podcast how it all came to be at Sonberk.
Read more

After a year, the popular Sonberk cuvée returns, again in a playful composition and with the aim of having fun (with) from spring to autumn.
Read more

Why does America love Moravian wines?

For the third time we represented the wine production of the Czech Republic at the international fair Vinexpo New York. Why are Americans interested in Moravian wines and which ones do they like the most?
Read More