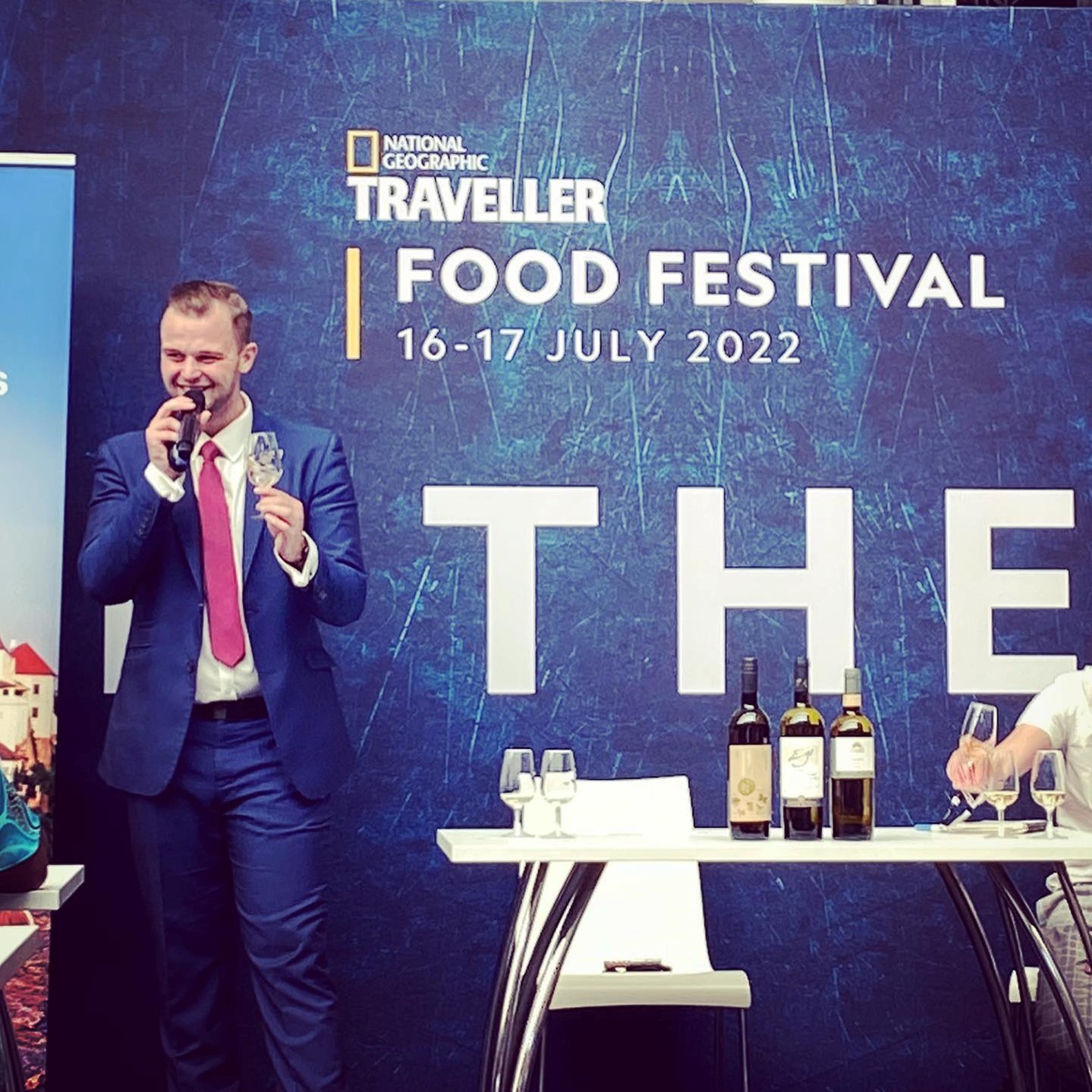 It seems that the Sonberk dry Pálava VOC likes to travel and it really suits it abroad. For the second time this year, it appeared in the British capital - after its spring presentation at the Czech Embassy, in mid-July it shone at the National Geographic Traveller Food Festival, where it was presented alongside six other wines from the Czech Republic.

It was selected for a shortlist of wines representing the best of the Czech Republic's current wine production in a collaboration between CzechTourism and the National Wine Centre. In addition to a two-day presentation at the Czech stand, the wines were also presented at a specialised moderated event, the Wine Theatre. Alongside French, Portuguese and Cypriot wines, Moravian wines were also presented to visitors.

The live presentation of the wines was performed in tandem with the moderator Ross by a native Moravian, Martin Kleveta, who has been working in the London Michelin restaurant Hide for several years. It is at Hide that you will find dry Sonberk Pálava on the wine list, so it was an ideal opportunity for Martin to introduce the audience to a wine whose origin and character he knows intimately.

"We are delighted to be able to return to London this year with Pálava. We confirmed that Pálava is our national jewel, which can represent the Czech Republic and its winemakers at the highest level. Not only is the dry version beautifully drinkable throughout the evening, but its origin in the aromatic Tramín variety makes it internationally understandable to a very wide audience. From the reactions of festival visitors, a glass of Pálava is an attractive invitation to discover the beauty of the Czech Republic," says Dominika Holešínská, Sonberk's sales and marketing director,

However, Sonberk's dry Pálava is no newcomer to the UK - for several years now, Sonberk has been working with importer Ellis Wines, which specialises in Sonberk Rieslings in addition to dry Pálava.

For the first time we introduce Merlot Rare

We present a wine that has never been seen before at Sonberk.
Read more

With autumn approaching, starving flocks of starlings arrive in the vineyards. How do we defend our ripening crops from them and how did they surprise us with this year?
Read more

Vineyards at the end of summer: how to prepare for the harvest?

When will the harvest start  this year and how is the 2022 vintage different from last year?
Read more