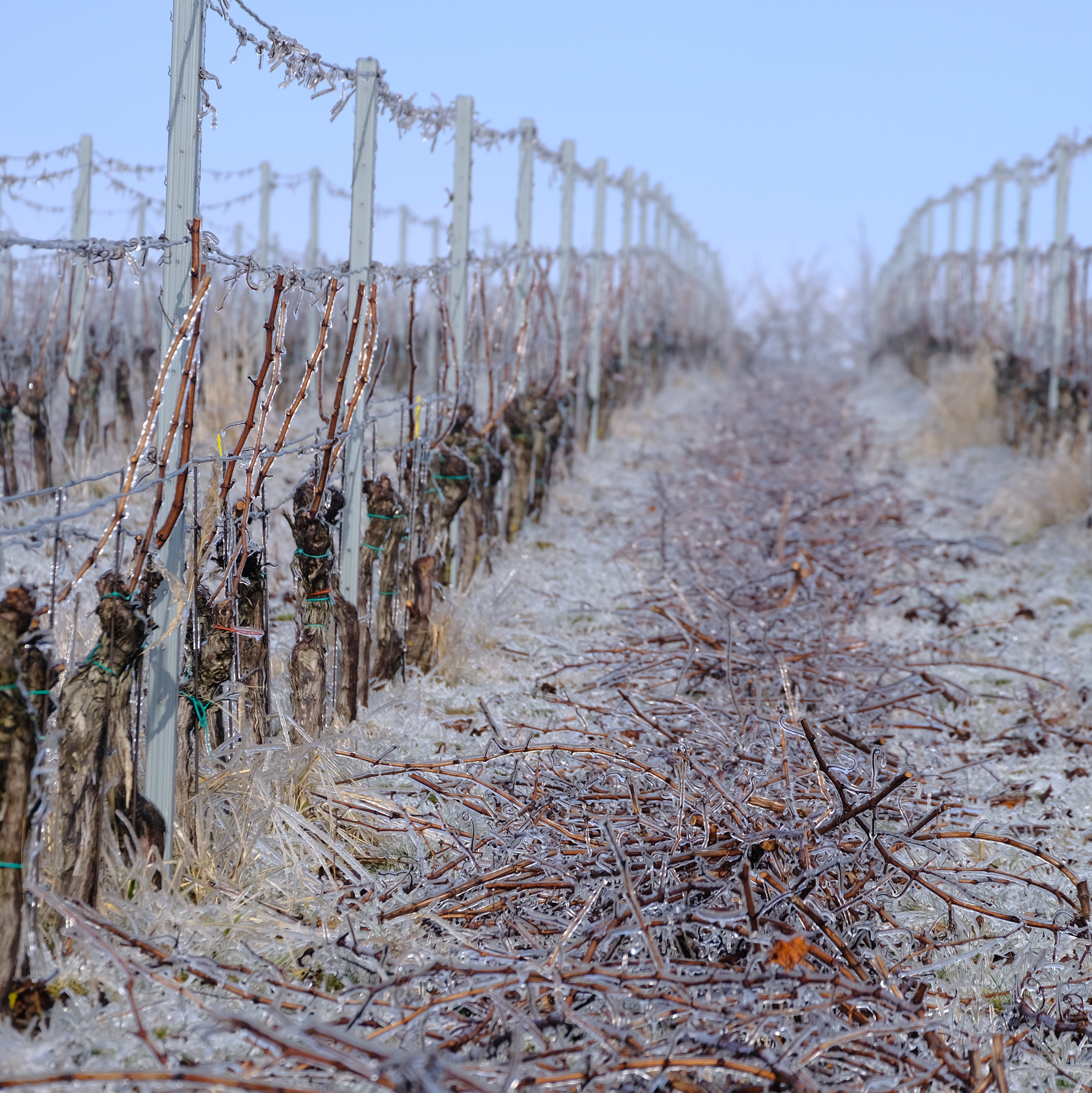 Pruning is a traditional winter task for all vineyard managers, so it is for our Roman Slouk. But now he has to wait a bit. This year, icing has an unconventional form and makes the vine branches as if they were made from glass, so the workers can not handle them with scissors.

"Ice is, of course, not strange at this time of year. Usually, it's just dust, which is not pleasant for work, but you can continue. But I don't remember the form it has this year, I didn't find any of them even when going through the photos," says Roman, who documents the development of the vineyard in the photos. Hence, he has an excellent comparison of individual years

This year's icing looks as if the vine stems were covered with a layer of glass, which is beautiful and unconventional to look at, but it's not very suitable for work. "You can't even cut into it. It's merely ice, from which water sprays," Roman explains why the pruning process is not progressing now. He stopped it in a moment when half the area of the Sonberk's vineyards was finished.

Those who walk around our vineyards will see that we prune not all the bushes in the same way. For the most part, Roman relies on a cut for a single rod. But he also tests the so-called cordon and incision, which serves to eliminate large incisions in the trunk. Why? Because it is so far the only somewhat effective form of protection against the fungal disease ESCA, which threatens vineyards throughout Central Europe.

"When we make larger cuts on the vines, we create a larger area where the fungi can get inside. Therefore we make the cutting areas as small as possible and paint them with paint. Or now we have a new product that not kill ESCA, but prevents further spread," explains Roman.