Oak barrels from France arrived, there are two types

The shipment of French wine gifts arrived in Sonberk a few days ago. As every year at this time, a consignment of barrique barrels appeared in front of the winery, into which we put not only our only red, Merlot but also a French-style cuvée. In addition to the classic, acclaimed brand François Frères, Adour barrels also appeared on Sonberk for the first time this year. Why?

According to winemaker Olda Drápal, it is not an escape to the rival, but rather testing: Did anybody develop a product in which Merlot could get another taste? "That's why this year we have six barrels from our classic supplier and two from Adour - one of them is bent by fire and the other by steam. It's a survey what's new on the market," says Olda, who ordered the barrels right at home in the cellar, where a representative of a French company arrived. "He was with us, and we tasted our wines together to know what result I imagine," adds Olda, who eventually picked up another species, a barrel bent by hot air.

Working with barrels is alchemy. For example, for Sonberk's Merlot, half are brand new, and half are barrels already used. The manufacturers describe the firing of the inside of the barrel as a medium, similar to steaks' preparation. But a drop of Cabernet Franc is also added to Sonberk's Merlot - as a more robust variety, it is more suitable for medium plus firing.

Anyone who has ever seen barrels in Sonberk may be surprised that they are partially red on the outside. No, it's not from wine, as visitors often think. "I always paint the centre to make it clear what is in it. It's also practical because when I taste the wine, drops fall on the surface, which are not visible on the paint," explains Olda. 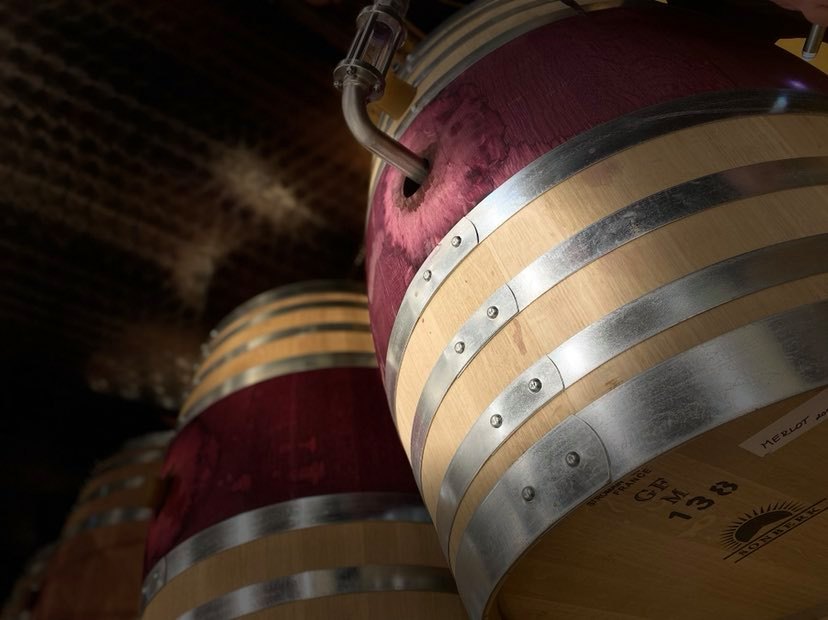