The harvest was challenging. It would not be possible this year without manual work

The Sonberk's harvest lasted more than two months this year, ending in the middle of last week. And our vineyard manager Roman Slouk will not be happy to remember him. "Especially by the end, it was more of a fight for grapes. Getting them to the cellar in the quality we rely on took a lot of work this year," says the guardian of the Sonberk's vineyards.

Although this year is challenging for most people for various reasons due to the coronavirus pandemic, this is not what has affected the vineyard's life. The weather played with him. Roughly until the first half of the vintage looked like an excellent course and parameters of the grapes, but then it started to rain. "Fortunately, we were able to get most of what we needed into the cellar before the rain. Complications manifested themselves in later varieties," explains Roman.

The grapes had to be picked up manually between the rows so that the poor ones would not get into the press. Thus, a great deal of responsibility fell on the harvesters, who harvest the crop in our winery every year.

Although it is already a matter of machines and wine harvesters are used for harvesting in many cases, we at Sonberk still resist it and pick grapes for our wine exclusively by hand. The harvest would be cheaper, but the machines would not be able to cope with some problems, as was proved again this year. "The combine takes all the grapes at once; there can be no choice. In a year like this, when part of it was attacked by mold after rains, it is not possible without taking over," Roman points out.

On the contrary, what he likes to remember is collecting with volunteers. We had to call them after it had been raining for a few days, and in one day, more people were needed in the vineyard than usual. "When someone who has no experience with it comes to collect, it is difficult, but here we did a lot of work in that one," Roman evaluates the performance of about 20 volunteers. 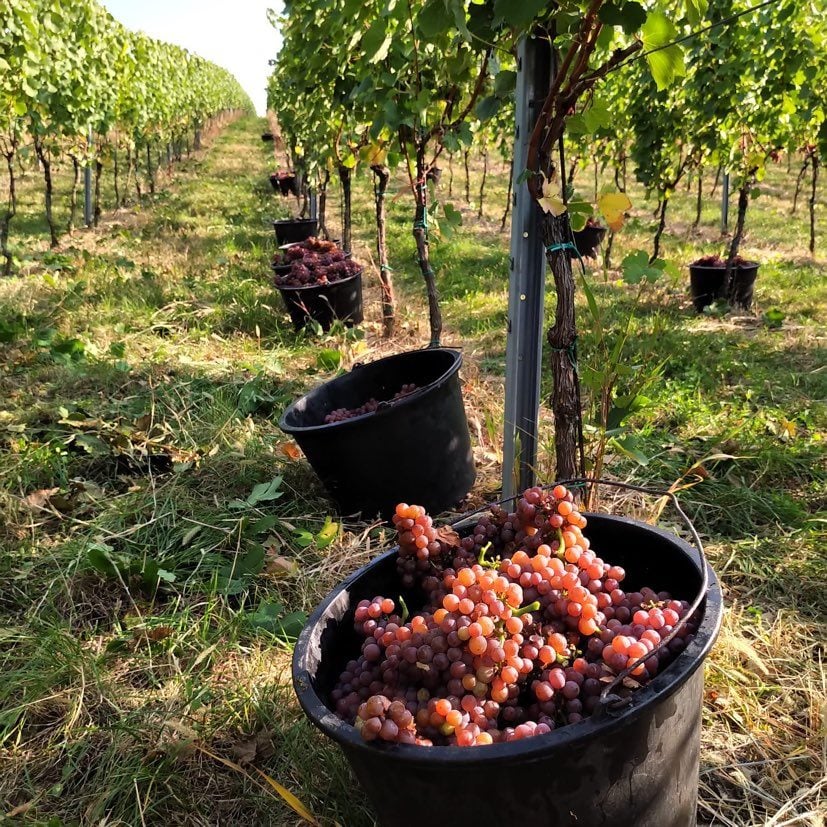