Volunteers collected the grapes for the straw wine. Thanks for that

This year is giving winemakers a busy time. First, the first wave of anti-civic measures. Then uncertainty in the summer about what's going to happen with the events. And when it seems that everything will return to normal, the second wave of the pandemic is here and, like almost every year, a snag with the weather:

This year we had for a few days to stand by the window and watch the wetting vineyard. In the meantime, the grapes had ripened for which it was impossible to go. This is what forced us to take a unique action in Sonberk a few days ago. Because the work had accumulated due to the rain, we had to look for new workers to collect, because the existing ones would not be able to do everything themselves. We asked for help on Facebook, and the reaction of people surprises us.

We gained twenty people in a few hours, and others responded even when we had already stopped the call. "The reaction of the people was amazing," says Dáša Fialová, head of Sonberk's marketing and trade. When the rain stopped, in addition to Sauvignon, it was necessary to collect grapes for the straw wine. There was a danger that if it was not done as soon as possible, the grapes could no longer be used. Thanks to the help of the people who responded to the call, this did not happen.

The collectors group met at Sonberk yesterday at half-past seven and was atypically diverse: Our fans from Prague or Litoměřice, who just wanted to help and have a nice day in the fresh air. Or two boys from an orphanage and their educator. And people from gastronomy and various other fields who have now lost their jobs.

"Some of them did not have much experience with working in the vineyard, so we gave them small training. The grapes for the straw Pálava must be picked. They must be completely undamaged, beautiful, as you would like to take pictures of them," explains Dáša. She also explained that they must be handled carefully during cutting and subsequent storage on wooden sieves. The point is that if you damage grapes, they will not withstand several months of drying.

In the end, more than twenty helpers cut about two tons of grapes. Most of them also asked when they would be able to come next. 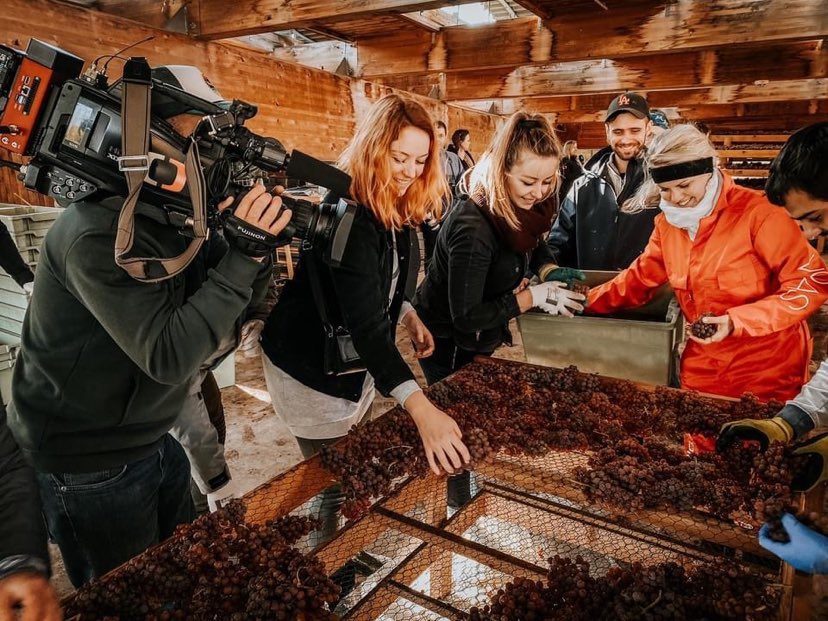