Years ago, the vineyard was unintentionally covered with grass. Now we use meadow purposefully

All possible colours now appear between the individual rows of the Sonberk´s vineyard. Our vineyard manager Roman Slouk has been taking care of the meadows between the rows for years. But in a recent interview on our Facebook page, he remembered that he had not planned them at all in the beginning. When the winery was founded, he had to arrange a lot of things with his colleagues, and before that happened, the vineyard was massively overgrown with grass.

"Our beginnings in 2004 were hectic. First, we were looking for a proper tractor, then a tractor driver, and when we had it, it rained a lot, so it was impossible to mow. The grass grew like crazy," Roman recalls with a smile today.

But he didn't laugh years ago. The sign of a good vineyard manager in the Czech Republic was that he had a tidy vineyard. The trend of greening the vineyard began to gain ground only gradually. But not by leaving in it what would grow there by itself, but in what is specially sown in the meadow belt. "That's probably since 2008. We started to start sowing purposefully," Roman recalls. Today's composition of plants is entirely different than years ago. Targeted sowing even has to be repeated every year, because if this does not happen, the original vegetation will completely displace the new one. 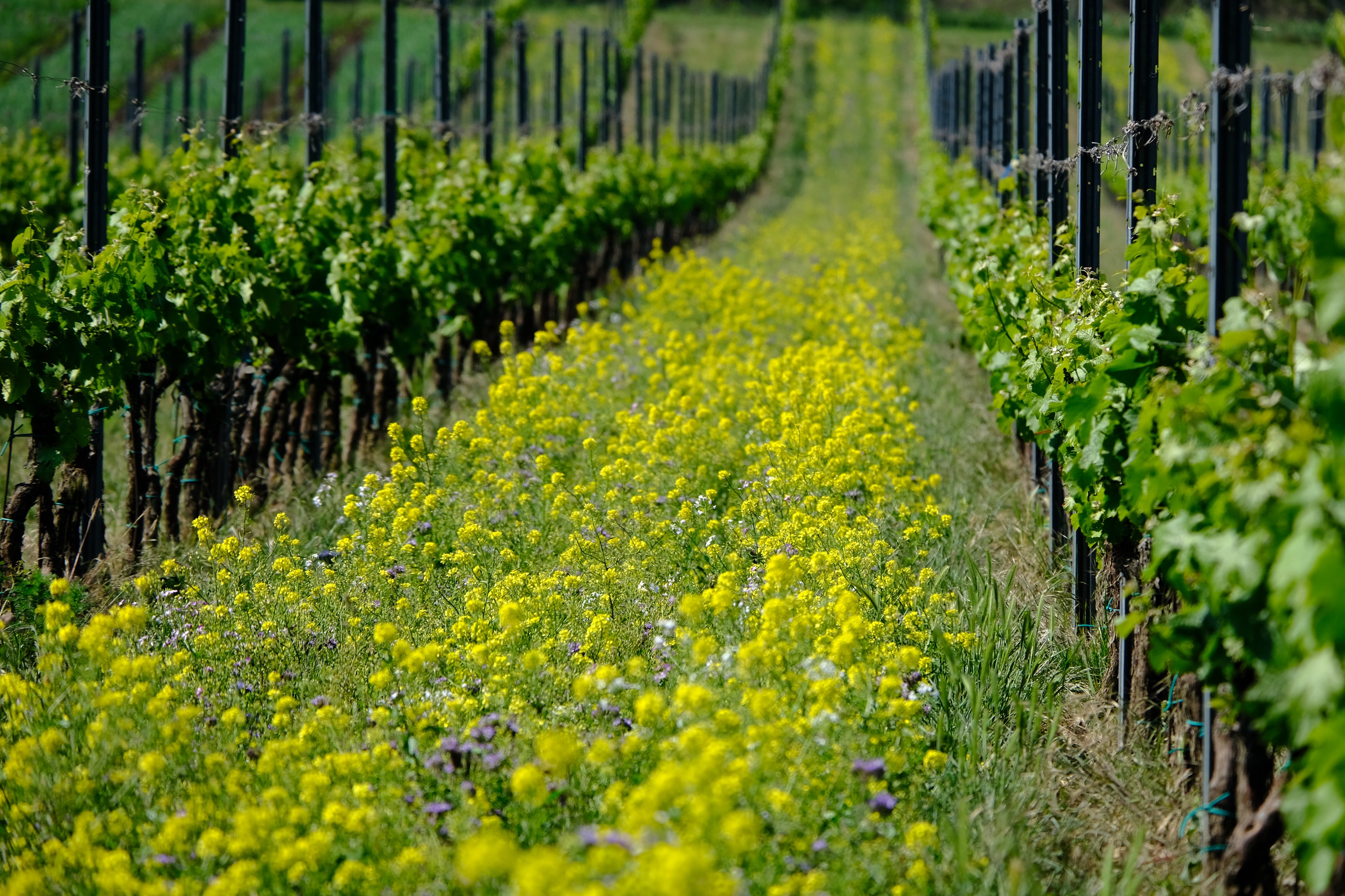