If one had to think about what he or she was doing in the summer of 2017, it would be hard to remember. For wine, however, remember the year 2017 is worth, in our case, mainly Riesling 2017, which is the penultimate wine in the award-winning Collection of the Year and just in these months begins to be the best time for its drinking.

Why is that right now? After all, the wine acquires all its complexity after maturing in a bottle. “When this wine is young, its fruity and citrus tones predominate, and its acid may be too strong for someone. But the aging in the bottle rounds off the acid, and the honey notes, in general, are starting to appear,” explains our marketing and sales director Dáša Fialová.

The German designation is not a mistake and indeed not a coincidence. “We decided on it already in 2013. We realized that this wine is often presented to people from abroad or abroad because we send it to competitions. The traditional German name is much more understandable, ” explains our winemaker Olda Drápal.

The content of the bottle of Riesling is the so-called oenological cuvée, which means that the result is a mixture of the material of several tanks of wine to which the grapes were harvested on different days and thus had different sugar content. Olda´s basic rule is that the result must have slightly higher acids while maintaining a sugar content of around 4 grams per liter. For 2017, it is 4.6 grams of sugar. The result was appreciated not only by the creators of the guide named Best Wine of the Czech Republic but also by the members of the V8 Wine Alliance. In the collection that always selects the best bottle for each winery of the association, Sonberk currently represents the Riesling 2017 VOC. 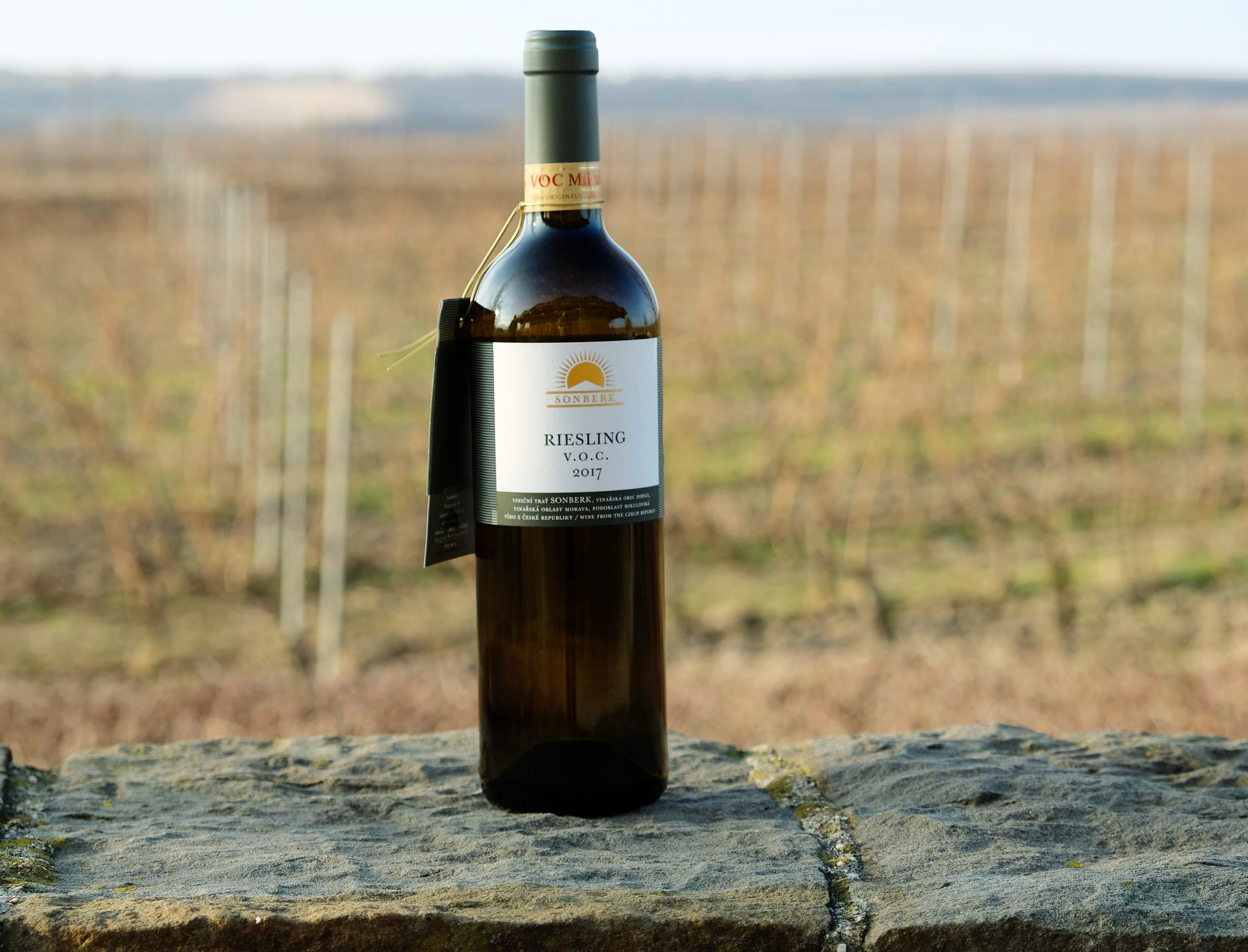