Creative winter: You can take more than bottles of wine from the winery

The Summer Festival is our tradition that has been enjoyed by hundreds of people. In 2020, the time has come for us to go for the usually "sleepy" winter season, so for the first time, we organized two workshops called Creative Winter, where visitors learned something new and not just holding a glass of wine. Although it has always been part of it and it turned out that creative creation goes well with wine.

After the February workshop of home decorating with Róza from the Brno florist shop Rosebud, last Saturday, we created decorations that can be worn every day. Zuzana Balcárková, known under the Momara brand, showed to participants how to make a bracelet made of minerals to their taste. And not just them. It turned out that such a Saturday in the winery can be spent in addition to friends with children too. While mothers were making a beautiful decoration, they were also able to observe their children with who some of them had with them.

The bracelets of minerals are made in such a way that the whole composition is first formed with the aid of the mold. Each participant could think about it and add ornaments that Zuzana Balcárková also brought with her. Initially, it was planned to create two bracelets. Thousands of colored stone balls attracted almost everyone to other ideas, so each participant left not only with bracelets but also with some extra decoration. And even with a recipe for the production of essential oil, which Zuzana Balcárková also explained.

Since it does not look like winter and snow this year is coming, we will be inviting you to an outdoor program in March. But after two pleasant Saturdays with creation, friendships, and wine, we promise to repeat it next winter. 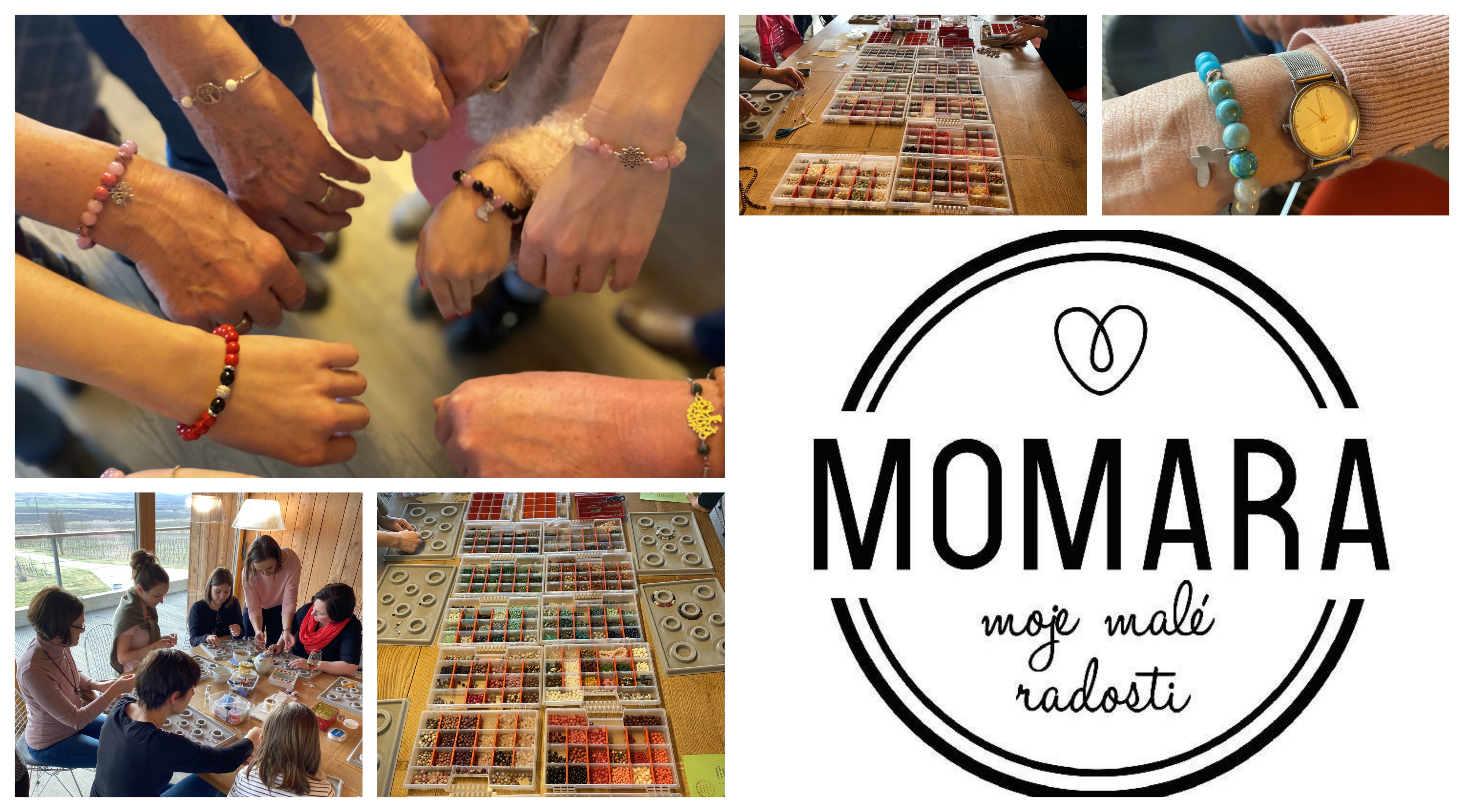