There are things we are used to at Sonberk. Grapes, bottles, glasses, and a lot of good food from various chefs. And then there are things that we don't do so often. Actually, we don't do them at all, but they can be all even more interesting. This is also the reason why we embarked on a new program called Creative Winter this year. At the end of January, the florist from Rosebud store Markéta Střechová named Róza stopped at our first part and gave an entirely new utilization to our tasting table. She left a lot of floral scents and 13 visitors who tried something new in their lives.

On the first episode of Creative Winter, we made decorations for the apartment, which took the form of a mossy hill with vivid flowers, twigs, plants, and other decorations. At first, it wanted a little explanation. “Everyone got their own polystyrene form, which was first arranged with moss. Roza talked about what she had done and how she did various installations, for example, for functionalist villas or restaurants. And she added information about what can be used to create the decoration and how is needed to take care of it,” says our marketing and sales director Dáša Fialová. 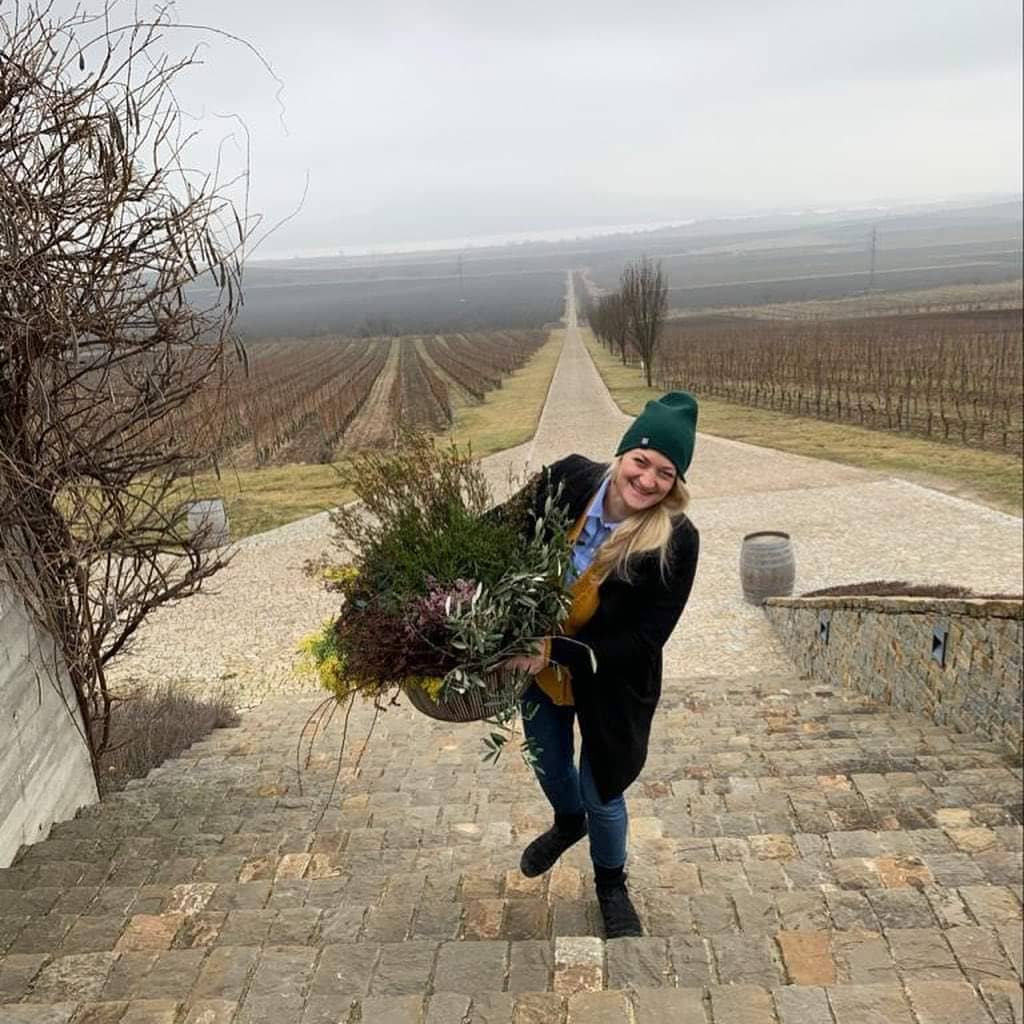 The moss basis could be arranged in various ways, so in the end, we had 13 completely different decorations. Who needed help, asked Róza or a neighbour directly, so such a cold Saturday afternoon was a way to meet new people. And also wine. "Our fans and fans of Rosebud, who have never been in Sonberk, arrived for the first part of the Creative Winter, so they got to know each other and our wine," Dáša points out.

The next part of our Creative Winter is on 29th February. This time, thousands of beads of minerals will spread on the tasting table, which will be merged into colourful bracelets under the leadership of Zuzana Balcárková, who creates under the Momara brand.