Everybody who has ever seen us knows that Riesling is one of the most important Sonberk varieties. Currently we are sending to sales the Grand Cru 2017. You can find it in our e-shop and elsewhere under different names. Why is it like this? Because each of the wines is something specific and will be interested in a slightly different wine lover.

Riesling 2017 VOC and Riesling Noble Rot 2017 are now emerging in the Grand Sonberk series, where we have included wines that have been allowed to mature on the bottle for a longer time, and are now being archived. Yes, they have traditional German Riesling instead of Czech name, which has its reason. “We decided for German labeling sometime in 2013. We realized that this wine is often presented to people from abroad or abroad, where we send it to competitions. It is there that the traditional name is far more understandable and moreover it is unambiguous, it cannot be confused with Riesling, ”explains our cellar master Olda Drápal.
In the case of the former wine, the abbreviation "VOC" is used. Since the beginning of this group, Sonberk has been a member of the VOC Mikulov association, which strives to apply the strictest production criteria to wines and to select varieties that are typical for the area. One of them is Riesling, and therefore ours can bear the VOC designation.
The latter named Riesling Noble Rot is a specialty. "It originated from grapes partially infested with the noble Botrytis cinerea from a split harvest, causing it to have a much higher residual sugar content than Riesling's VOC, which is dry," points out Olda's differences. Moreover, the wine labeled Noble rot cannot be produced every year, we only had conditions for it for the second time since 2013 at Sonberk.
While both previous wines belong to the Big Sonberk line, the Czech name Ryzlink Rýnský falls into the so-called Silver Line. Unlike the previous ones, it is not supposed to be archived. It is a fruity style designed for quick drinking within three years of its creation and the more it can taste in combination with lunch or light dinner. 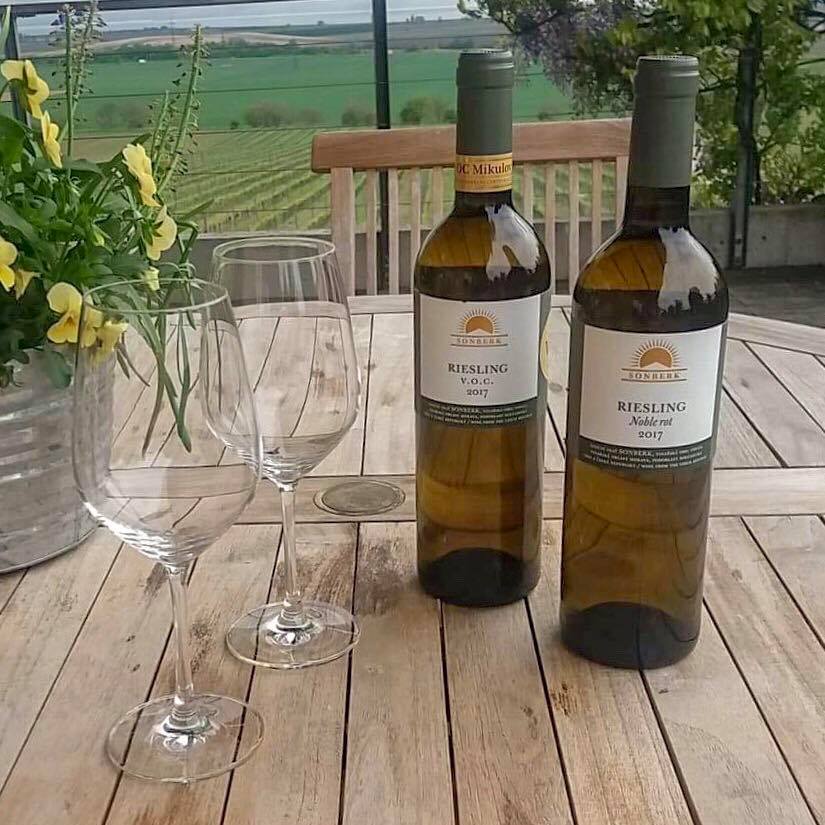