The Sonberk Vineyard is divided into stripes after winter

Although the weather is only outside for a few days in the spring, a lot has been done on the Sonberk vineyard in recent weeks. And one thing will be noticed by anyone who rests on a wooden armrest on our terrace overlooking the Pálava: The individual rows of the vineyard are alternately brown clay and green grassy. Why is it like this? Our wine-maker Roman Slouk is one of the first in the Czech Republic to try a fint, which will provide a little more water in the current dry climate.

The spaces between the rows of planted vines could theoretically remain empty, but Roman sowed a meadow mixture there to increase biodiversity. But when last year's water shortage began to fight, the vines were suddenly very competitive, and Roman attempted. "With the help of a special machine, every second meadow belt was undercut so that the soil was covered and not so warm, but the grass did not take too much water," explains Roman, who did this year last year in the vineyard. That's why the stripes - part of the vineyard is now green, these are stripes, which sometimes subcut in May, and some of them are brown earthen, they are freshly planted and gradually the new grassland grows out of them.

What is also beginning to awaken to life is vine itself. In the winter we cut it exactly as planned and a few days ago, the binding was finished. At the beginning of spring, however, it is clear that we did not improve the water over the winter. So this year we may not be able to see one vine phenophase, the so-called lacrimation, in which drops of water appear at the ends of the cropped twigs. 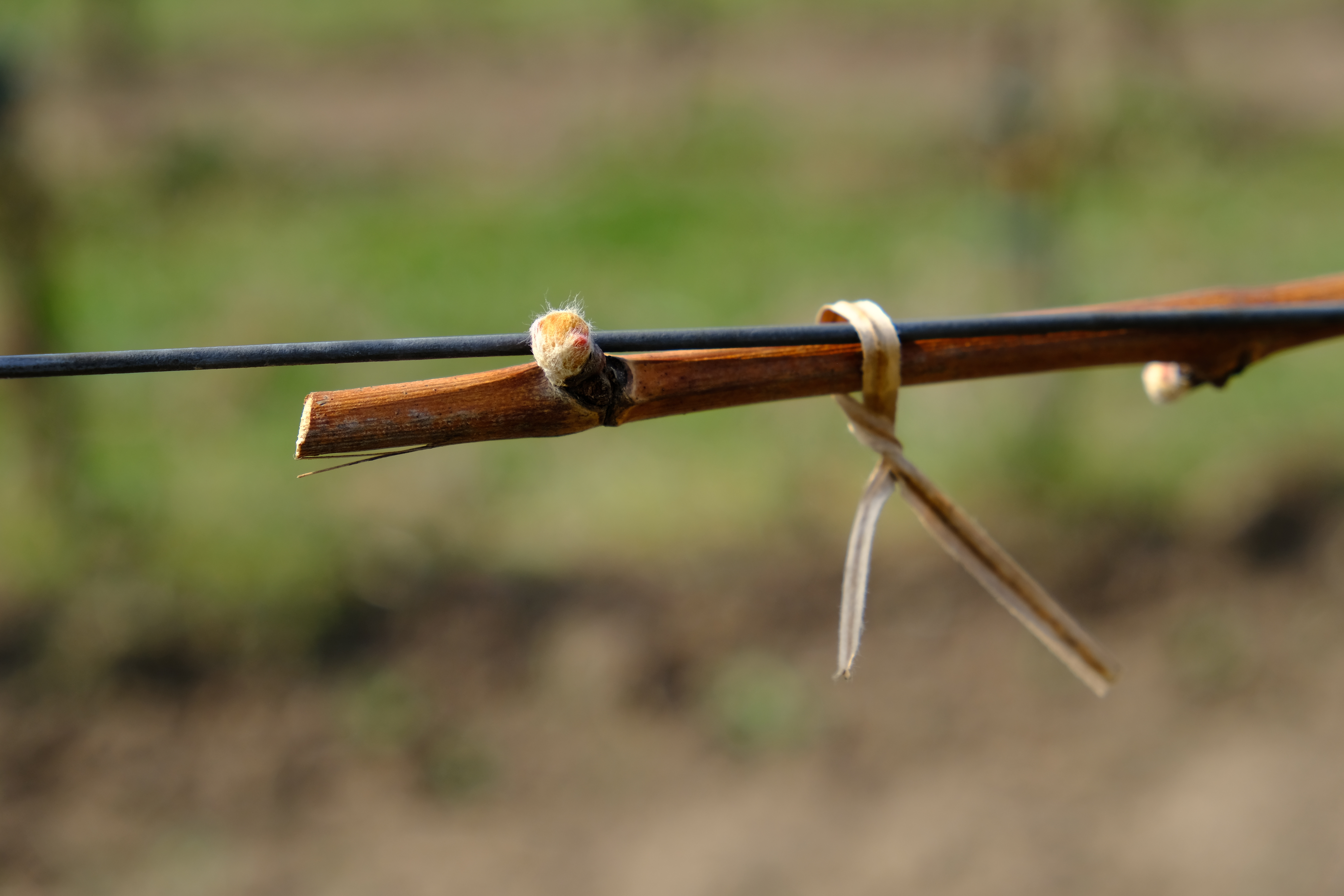