Great news came to Sonberk a few days ago from Prague. The only Sonberk’s wine made entirely without intervention, Riesling Rudimentum, won 91 points and the Prague Premium Gold award in the second round of the acclaimed Prague Wine Trophy competition. This is the first time we’ve sent it to a wine competition.

Riesling Rudimentum is a wine that, at first taste, does not seem to be from Sonberk. It is made from grapes of the Riesling variety of the 2013 vintage, caused by unregulated natural fermentation. It is Olda’s experiment, his reaction to the trend of naturally produced wines. He did not expect to create it, but initially, he did not count on it.

The year 2013 testified to Riesling, so Olda was encouraged to try something new with grapes. Olda, therefore, stored their last part, on which there was already a bit of the Botrytis cinerea, i.e. noble mould, in a 500-litre barrel. “Every year, I do a little experiment, and in this case, we thought we would enrich another variety and make a cuvée at that time,” he says. In the end, it didn’t happen, because the wine gradually got an amber colour and an exciting taste in itself, so it got a special bottle and a name. Rudimentum means beginning in Latin.

It still stands by its name because, since 2013, no successor has been made so far. “Never say never, but such wine must produce extraordinary grapes. It must have a high sugar content and acidity, which requires a specific course of autumn. If we are able to create it this year, we will know at the end of the harvest,” says Olda.

We still have a few bottles of his Riesling Rudimentum on the e-shop, and if something is bright, then that from grapes other than Riesling will not be made on Sonberk. To be able to produce it, perfect conditions must be met, which is still challenging to set up in the Czech Republic. 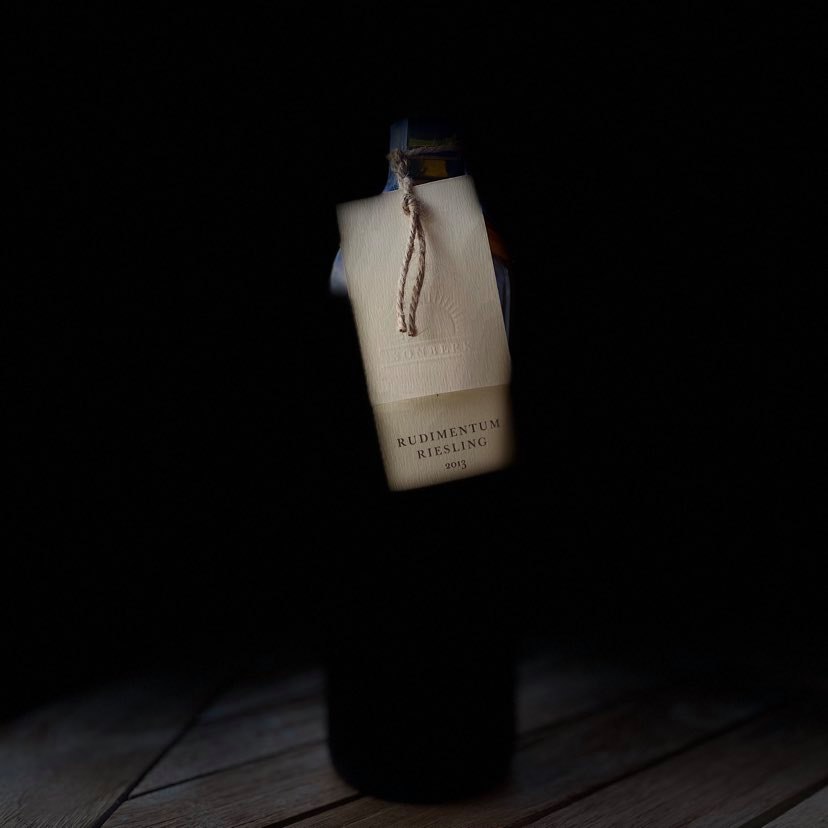