We are prunning. New parts of the vineyard are not yet covered

If there were tens of inches of snow between the rows of the vineyard, there would be nothing strange about it. Snow in January, February, and March, when the main vineyard task is a winter cut, is entirely usual. But not to this year. In these days about twelve people in the Sonberk´s vineyard cut excess twigs in almost spring weather. “But it does not influence the speed of work, nothing can be speeded up on the prunning,” explains our vineyard manager Roman Slouk, who has other tasks. Since there is no sign of snow and there are generally higher temperatures outside, everything also tends to start preparing the soil for sowing a mixture of plants in the vineyard. "It's a rarity of this year," says a little bit suprised Roman.

Along with his helpers, he has to prune about two hundred thousand shrubs on 45 hectares of Sonberk´s vineyards. However, they can omit part of the vineyard this year. It is a newly planted part of the vineyard with bushes of Palava and Moravian Muscat, “There's nothing wrong with them now, they're like in the fridge, and we're waiting for their spring sprouting. The first major task will be in spring to do steel wool, a support structure that will be galvanized, so it will shine like a sun,” Roman gives instructions on how to recognize the new part of the vineyard.

When the vines sprout and green leaves, the new bushes will look similar to the older ones, but they will not have grapes this year. We expect the first crop should in four years. 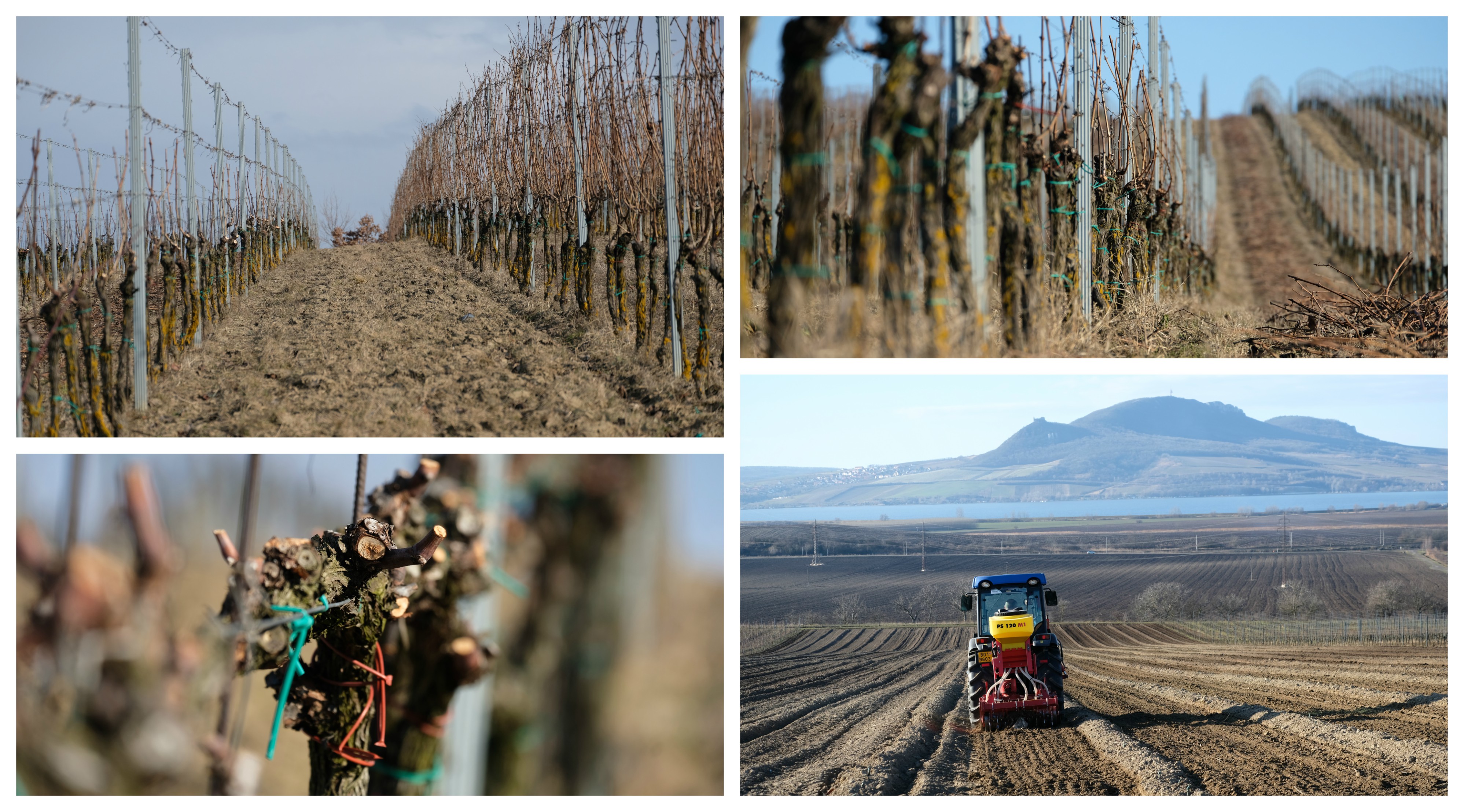