Prague Wine Trophy 2021: Sonberk is all about Riesling, works well with oak and has Czech Republic's best Pálava 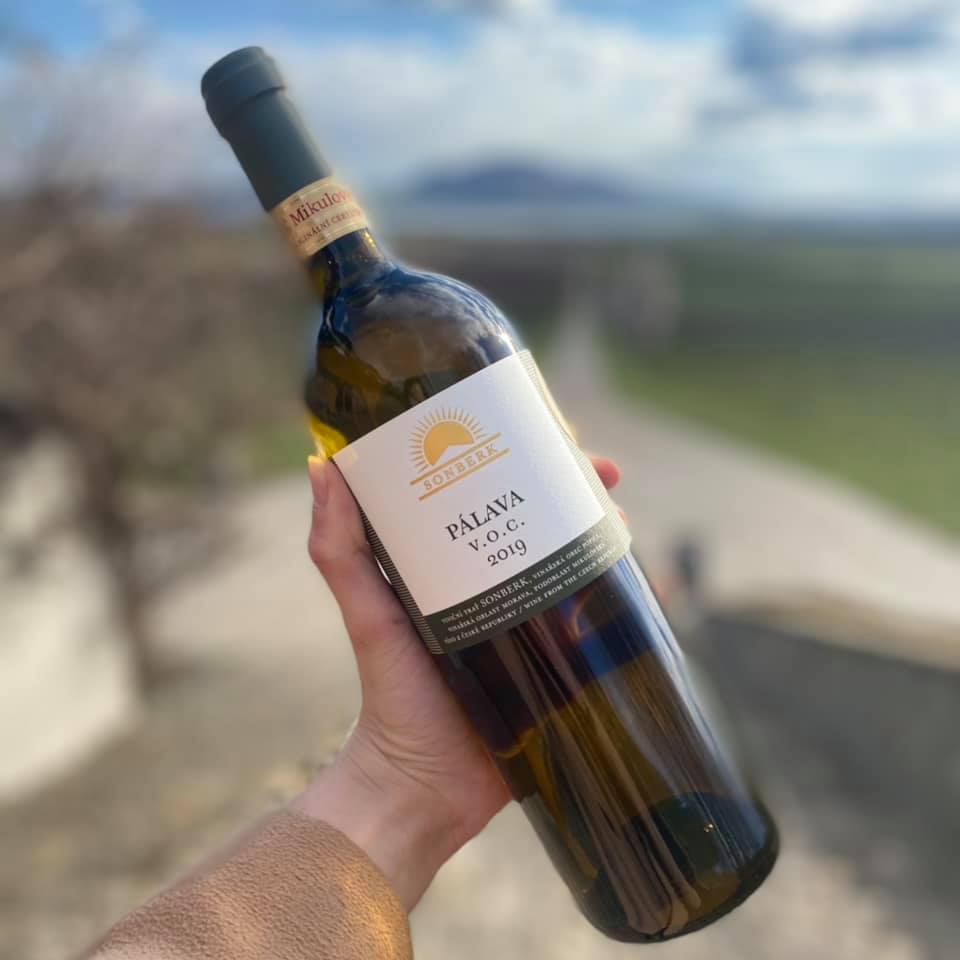 While the holidays at Sonberk were marked by concerts, subsequently followed by a beautiful indian summer with the beginning of the harvest, the last three rounds of the largest domestic wine competition Prague Wine Trophy culminated near Prague; an important event for Czech and Moravian winemakers especially for comparing the quality of domestic and imported wines.

Riesling - the king of white wines from Sonberk

92 points for the Riesling 2017 VOC (sold out, thanks!), 91 points for Riesling 2019 VOC and exceptional 94 points for our Riesling 2015 Oak Aged, an unconventional novelty that we sent on the market for the second time in the history of Sonberk this year.

„Already when we were tasting it while bottling, we felt great potential from this Riesling. In addition, it matures and grows beautifully on the bottle, so we knew that it would be a giant, and we are glad that the jurors of the Prague Wine Trophy see it the same way, “ says Dáša Fialová, Sonberk‘s marketing and sales director. With the winery’s own sommelier David Pavlíček they like the new wine very much and they are happy that the evaluators of the competition see it the same way.

It is not automatic. The category of Rieslings comprises big competition, 192 samples from the Czech Republic and abroad were tasted (in a ratio of about half and half) and Sonberk’s 94-point wine finally stood out a between them. „An oaked Riesling is an exception. While Chardonnay on barrels is becoming more and more common in Moravia, Riesling is not. When you work with it like this, it must be with feeling, and the result must find its consumer, " explains Dáša. For those willing to find their way to Sonberk’s Riesling 2015 Oak Aged – there are the last 200 bottles in stock.

White cuvée on an oak barrel

We will stay with oak barrels for a while. In the final 4th round of the competition, the jury highlighted three white cuvées from Sonberk, where oak barrels play an important role - in our case, the original French barrique, both new and older.

The highest score (91 b, Prague Premium Gold) was won by Chardonnay & Pinot Gris 2017 aged in new, medium-burnt barrels from the François Frères cooperage. The elegant mixture of 60% Chardonnay and 40% Pinot Gris with a minimum of residual sugar (0.1 g / l) enchants with its warm expression of wood and vanilla in aroma and taste.

Both vintages of Sémillon/Sauvignon 2016 and 2017 were awarded 90 points. „These wines are beautiful, subtle, meditative. The semi-automatic Sémillon blends perfectly with the aromatic Sauvignon, whose plants have been growing on Sonberk since the 1980s. The expression of a neutral oak barrel underlines the decent, harmonious character of the wine, " describes the nuances of the unusual mixture Dáša Fialová.

Pálava, Sonberk’s Queen of Everything

„It's a wine that surprises both at home and abroad. For the first time, we made a dry Pálava from the vintage 2011 and since then we stick to this dry "cut". Irresistible varietal aromas combined with an opulent taste are something that is easy readable for both domestic and foreign consumers, and evaluators," Fialová praises.

Pálava 2020 VOC won 90 points and will be the successor to the winning 2019 vintage very soon.

However, Sonberk will not disappoint fans of the traditionally sweet Pálava either. In the category of naturally sweet and fortified wines, three sweet Pálavas from Sonberk scored points.

"Pálava again shows us that, despite its local origin, it can be a wine that can withstand international competition. When the work in the vineyard is done well, it can retain great acidity. In combination with a typically varietal aroma, it is an irresistible cocktail for all human senses and works well in gastronomy, too. You can pair it with pâtés, non-spicy Asian cuisine or sweet desserts, Pálava can be used everywhere, " Dáša Fialová explains the success and possibilities of Pálava.

You can find complete results at www.praguewinetrophy.cz

Compensation for your cancelled Christmas party

We know four ways how to thank your colleagues in times of restrictions and not miss out on fun and good times.
Read more

Sonberk's vineyard manager Roman Slouk reviews the 2021 vintage. What all went on in the vineyards this year and why would it be a good material for Ridley Scott and David Fincher?

How did we get to the 3* Michelin-rated L'Arpège in Paris, which Sonberk wines do the French like and where in France can you find them?
Read more

A new episode of the podcast features ”wine speakers”

The ambassador of the Riedel brand, Jan Ustohal, introduced us to the world of a wine glass and the regularities of its selection
Read more

Prague Wine Trophy 2021: Sonberk is all about Riesling, works well with oak and has Czech Republic's best Pálava

The jury picks up dry Rieslings, white cuvées and all styles of Pálava.